So this begins today ❤️❤️❤️❤️❤️It’s the night before we deliver/serve 1,000 meals in OKC! Our volunteers are amazing!

Other Options, Inc. Friends Food Pantry do SO many wonderful things. I am so proud to be a board member of this fantastic organization. Here is what we are lacking blue bags! Walmart Reusable Shopping Bags we have gotten a lot in but still need 1000!

Every $7 donated helps us provide a Thanksgiving meal for a family in OKC impacted by HIV/ AIDS. Make your tax deductible donation today!

www.otheroptionsokc.org – you’ll find the donation button at the bottom of the page! 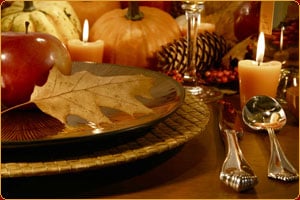 In the spirit of the season of giving, join us at GIVE! on the Plaza.

Our Plaza Businesses will be raising funds by donating a portion of the evenings sales to Other Options, an incredible organization that helps those impacted by HIV and Aids in the Oklahoma City community. Find them near Oak & Ore!

We will also be joined by:
Free Mom Hugs! They are a group of affirming parents who love their LGBTQ+ kids unconditionally and take hugs of love and acceptance to others.

Pine Pantry is a local non-profit with a drop off location here in the plaza in front of Bad Granny's Bazaar. Pine Pantry has "Leave what you can, Take what you need" locations for those less fortunate in our community. If you have non-perishable food then bring it with you to donate!

LIVE on the Plaza is presented by Fowler Automotive and Oklahoma's Credit Union.

It takes a lot of planning and work to pull off a spectacular Thanksgiving meal. There’s the shopping, the food preparation and the cooking, then comes serving, cleanup and storing the leftovers. Now imagine preparing that meal for a family of 1,000 – that’s what Mary Arbuckle does every November.

She’s the executive director at Other Options Inc., a local nonprofit providing resources and education to people living below the poverty level, and to those living with HIV/AIDS.

“My mother, Averil ‘Cookie’ Arbuckle, founded Other Options in 1988,” Arbuckle says. “She had been a social worker in the health care community in the early 1980s when HIV first started. Back then no one wanted to help, work with or be around someone with this new disease. My mother had her own fears, because so little was yet known about the disease; but she put her fears aside to serve others.”

The elder Arbuckle took early retirement to establish Other Options, and her work landed her on the Governor’s Task Force on HIV/AIDS. She authored a comprehensive guide for living with the disease and treating those who were infected. Then a decade later, in 1998, she had an idea for another project.

“My mother established the Friends Food Pantry that year,” Arbuckle says, “unknowingly laying the foundation for an enduring legacy of service. Today, the program provides nourishment to more than 2,000 people living below the poverty level and with HIV/AIDS.”

And that’s where the annual Thanksgiving dinner comes in.

“In 1999, my friend Scotty Irani called and said he would like to feed my clients Thanksgiving dinner,” Arbuckle says. “Scotty is a chef in Oklahoma City, and at the time he had a restaurant in Nichols Hills Plaza. That year we fed 34 people, and it became an annual tradition that has grown every year. Another dear friend, Robert Painter from Patrono, spearheaded the effort for 11 years, and now much of the responsibility has gone to Aly Branstetter, co-owner of Sunnyside Diner.”

It’s no small feat preparing a meal for 1,000 people, Arbuckle said. We’re talking about 100 turkeys and 225 hams; then there’s the 150 sacks of potatoes, 750 pies and 100 pounds of butter. The gravy isn’t measured by bowl size, but by pounds – 1,000 pounds of gravy, to be exact. It takes 30 gallons of milk, 1,500 pounds of cornbread dressing and a full case of salt and pepper. And those are just some of the ingredients … not to mention pans, foil, plastic wrap, plates and everything else needed for a traditional Thanksgiving meal.

“It is truly a community effort,” Arbuckle says. “La Luna restaurant stores the turkeys and hams we collect throughout the year. The Oklahoma Regional Food Bank allows me to purchase some of the items from them. Ben E. Keith donates product and a big container truck to store product in, and Chesapeake Energy Arena and the Cox Convention Center have donated most of the containers, pans and lids for the last three years.”

About four days before Thanksgiving, Head Country BBQ smokes the turkeys, then Tuesday and Wednesday are filled with preparing, dividing, cooking and packaging.
“We have over 300 volunteers in a five-day period,” Arbuckle says. “And our volunteers range in age from 4 years old all the way up to 70. It is amazing to see that age range and that many individuals come together year after year.”

Then on Thanksgiving Day, it’s time to hit the streets.

“Our clients are always grateful, thankful and sometimes overwhelmed with the amount of food they are given,” Arbuckle says. “The volunteers over the years will tell me every time, when they make the delivery and spend a moment with the clients, how amazed they are and how touched by the generosity. In fact, many volunteers come back year after year and will ask for the same route, so they can deliver the meal to a client they have gotten to know.”

One of the most challenging aspects is the money situation, Arbuckle said. While many products are donated, it will still cost around $7,000 for the Thanksgiving meals, and around $15,000 for Christmas gifts in December. 405 Magazine readers who would like to donate can visit the website at otheroptionsokc.org.

“This is a huge undertaking, and one we have done for 19 Thanksgivings and for 27 Christmases,” Arbuckle says. “We need your help. What we can’t do alone, we can do together.”